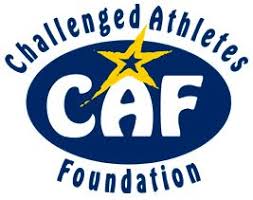 One of the top fundraisers for the Challenged Athlete’s Foundation, Daniel Powell, is gearing up to raise more money for two causes dear to his heart: the Challenged Athlete’s Foundation’s Operation Rebound, a program that provides opportunities and support to military service members and first responders, both active and veterans, who have suffered permanent physical injuries; and Cycling for Sight, a charity bike ride benefitting the San Diego Center for the Blind and the Blind Stokers Club.

On June 27, that help will come in the form of $25 donations made by anyone who chooses to come to Solanapalooza, an afternoon and evening of musical performances—including an appearance by the USC Marching Band—free wine and food tastings, and the honoring of several cancer survivors.

The event starts at 4 p.m. at the Village on Cedros at 348 S. Cedros in Solana Beach. Then partygoers will make their way to the Belly Up Tavern down the street, where there will be a raffle and live music.

Whether you live close by or are in California for the summer sun, it’s an event worth checking out, as the San Diego Triathlon club is lending its support and several local athletes are expected to attend.